The 10 th International Freiberg Conference on IGCC & XtL Technologies will be held in Shanghai, one of the largest cities in China with a population of around 26 million. Located on the estuary of Yangtze River, it is a technological and financial hub in China with the world’s busiest container port.

As a price of the Chinese Government’s loss in the First Opium War in 1842, Shanghai was one of five treaty ports that were forced to open to foreign trade. Along with the establishment of Shanghai British Settlement in 1845, American Settlement in 1848 and French Concession in 1849, foreign investment was permitted in Shanghai. These settlements and the later inflow of Chinese citizens to escape from wars shape Shanghai into a multicultural international city.

As the “showpiece” of the flourishing economy of China’s mainland, its skyline is dominated by modern skyscrapers. Characteristical are the rising-up buildings in Lujiazui sitting on the east bank of its mother river, Huangpu River, like Shanghai Tower (632 m, 128 floors), Shanghai World Financial Center (492 m, 101 floors) and Oriental Pearl Tower (470 m, 153 floors). On the right bank of the river is the Bund (Waitan) featuring buildings with architectural styles from the west dated to the period between 1920 and 1936. Apart from its modernization, the city reserves a great landscape with historic interest, including the Longhua Temple with a history over 1700 years, the over 400 years old Ming-dynasty garden Yu Garden, Zhujiajiao Antient Town known as Venice in Shanghai, and Xintiandi (New World) with old Shikumen-style builidings. In addition, the city has much more to offer, including museums with various themes, ocean parks, arts festivals, shopping opportunities, fascinating transportation and extensive culinary options ranging from reasonably priced roadside dishes to luxury Michelin-star restaurants. As the renowned “magical metropolis (魔都)” in China, Shanghai is a dynamic city that is never in shortage of interesting things and unexpected surprise.

Please check if you require a Visa to enter China and if it is mandatory apply for it via: www.visaforchina.org

Only Chinese currency, RMB, is allowed in Shanghai for both Chinese nationals and foreign tourists, although most hotels, tourist shops and some department stores also accept credit cards. One can exchange currency at the international airports of Shanghai, at most hotels and at the Bank of China or take it from ATMs by debit/credit card. Banking Hours: 9:00 – 17:00 from Monday to Friday.

Note that the limit of 20,000 RMB in cash applies when entering China.

JW Marriott Hotel Shanghai at Tomorrow Square – is a modern high-class hotel located in the Puxi district which is the commercial center of Shanghai and also a great choice for people interested in architecture and shopping such as the Shanghai Museum, the Shanghai Grand Theatre, and the Bund. The hotel offers rooms with an extraordinary view of the city as well as indoor/outdoor pools and 24-hour health club. Excellent restaurants in the hotel allow its guests to get a taste of Shanghai as well as other Chinese and international cuisine.

Book your room in JW Marriott Hotel Shanghai at Tomorrow Square at a special conference rate until 19 August 2023
(while availability last): 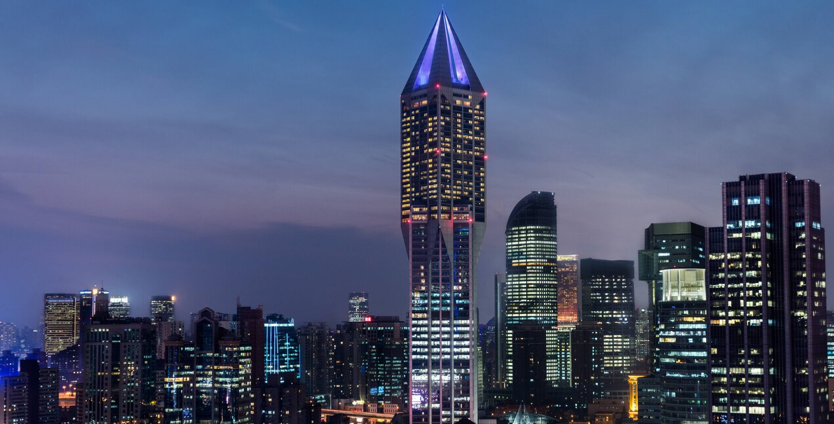 Night View of the Conference Hotel 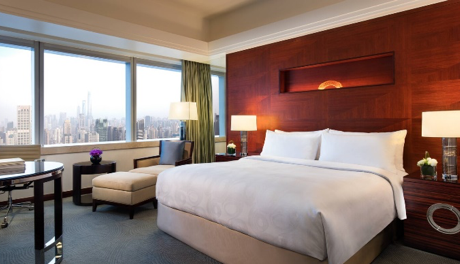 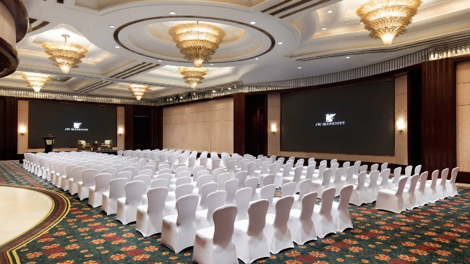 We recommend you to book taxi for airport transfer. Make your online reservation three days before your arrival via https://www.shanghai-taxi.com/, where pick-up service at both airports (Pudong and Hongqiao) is provided.

Further Information About Transportation in Shanghai